Well folks this will be a long one (eventually) because everything I have to say about this special little girl will come through the memories of the years we spent together, and this can't be written overnight. The picture below is a watercolour I painted of her.


It was January 1998 when we decided to get another dog. The house had been empty since we lost our rescue German Shepherd, Susie. We thought a a Jack Russell this time; we had had Jacks before and knew what great dogs they were. We found a kennels on the way to Milton Keynes who had one JR puppy left. The owner bought her to show us. She was four months old, a pathetic, nervous little creature that stunk of urine. Apparently the owners son had wanted her but after having her for a few weeks had decided he couldn't cope so she was put back in the kennels for sale. Even if she had been the most awful looking dog in the world I couldn't have left her behind. We said we would take her and the woman set about shampooing her. We paid our £125 and were handed a soaking wet trembling puppy. I immediately opened my coat and popped her down my jumper, not the wisest move on a cold winters day but it was what the puppy needed.

Once at home we went about reassuring her and introducing her to our two cats and our Chinchillas. The next day we took her to the vets for her jabs and a good once over, only to find that she had, worms, fleas and ear mites. The vet said we should not have bought her but she was ours now and we weren't letting her go. So armed with a bag of medication and a good few pounds less in our pockets we headed for home.

She soon settled in but as yet she had no name as our son, Mikey, was away and we were waiting for him to come home before we decided on a name for her. When he did arrive home he wanted to call her Chelsea after his favourite football team. She soon became known as Chelsea bun which later became Chelsea bug which was shortened to bug, an endearment that she appeared to love.

After a few weeks we realised that there was something wrong. She was being sick, had diarrhoea and was passing blood in her motion. We thought we were going to lose her, but she was a little fighter. For months we could only feed her certain foods but gradually she got better.

There was a farm down the road from us and we would often walk her there. She started to show interest in the farm animals and would wag her tail when she saw them, she especially liked pigs. As small as she was she was not afraid of any of them, not even the cows. The only time that she appeared unsure was when she encountered a Shire horse close up, she started at its feet and began raising her head and continued to look right up its complete height until her eyes finally reached its head. She looked extremely puzzled, but once she realised the horse wasn't interested in her she relaxed. Then she proceeded to roll in cow dung and had to be taken home for a bath.

When someone writes an paragraph he/she maintains the image
of a user in his/her brain that how a user can know it.
Therefore that's why this piece of writing is outstdanding.
Thanks!
#1 Quotes About Life (Homepage) on 2016-10-26 17:18 (Delete) (Reply)

Sweet blog! I found it while searching on Yahoo News. Do you have any suggestions on how to get
listed in Yahoo News? I've been trying for a while but
I never seem to get there! Cheers
#1.1 https://joelprudencio.wordpress.com/ (Homepage) on 2017-05-19 13:18 (Delete) (Reply)

I blog frequently and I seriously appreciate your
information. The article has truly peaked my interest.
I will book mark your website and keep checking for new details about once per week.
I opted in for your Feed as well.
My Writing 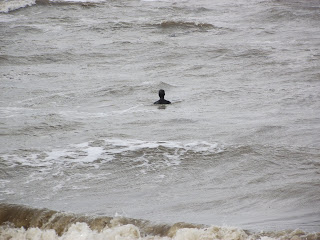